What does your dog need to be happy? Maslow’s pyramid of dogs 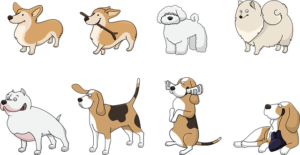 If you were asked what your dog needs to be happy, what would you answer? I think I would answer something similar to what I show you in this post.

If you search for the word “happiness” in Google, Wikipedia immediately responds with the following definition: “State of the mind of the person who feels fully satisfied by enjoying what they want or enjoying something good.”

To which I wonder: could we change the word “person” to “dog” in that definition? Let’s say yes (of course!) and ask ourselves: What kind of physical and emotional needs does a dog have to meet to be happy?

In 1943, the American psychologist Abraham Maslow published his theory on human motivation, in which he designed a pyramid-shaped hierarchy of human needs.

This pyramid came to defend that, as a person satisfies the most basic needs (bottom of the pyramid), he develops higher needs and desires (top of the pyramid). 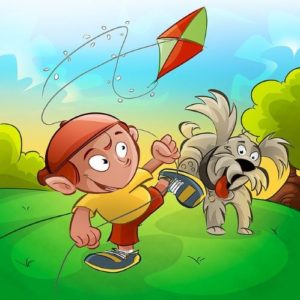 Although Maslow’s theory has been widely criticized for embodying an ethnocentric and hierarchical view of human needs, it is still relevant today. It is used as a starting model to understand certain aspects of human psychology and, also, it has been widely used in marketing when addressing consumer buying motivations.

Maslow’s pyramid, in dogs
Based on Maslow’s pyramid model, but with a different and very pragmatic approach, trainer Linda Michaels has established a hierarchy of dogs’ needs.

L. Michael’s pyramid is a tool designed to help all those who work or live with dogs. It is a visual guide to identify unmet needs because, many times, they are the origin of behavioral problems in dogs.

Biological needs are those physiological needs that allow the dog to be alive and maintain the homeostasis of its organism—basically, the balance and internal well-being of its body.

Emotional needs are all those needs that concern the emotional well-being of the dog. When a dog feels safe, trusts himself, and the environment, he has this pyramid ladder covered.

Social needs: Dogs are gregarious animals; they need to group in packs or form social groups with humans. Dogs that live in isolation, without the opportunity to bond with other individuals of their kind or with people, are dogs that are being deprived of a basic behavioral need.

Friendly Training Needs: Linda Michaels is a staunch advocate of positive reinforcement-based training. That is why, in her pyramid, it places particular emphasis on the use of friendly and respectful techniques to meet the training needs of the dog.

Cognitive needs: A dog needs mental challenges on a daily basis. Boredom is the source of multiple behavioral problems.

A reflection on the happiness of dogs 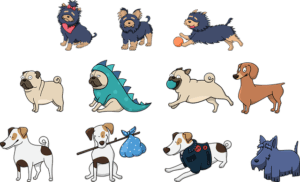 Dogs have different needs than humans. However, many of the categories in which canine needs are organized bear some parallels with human needs. For this reason, the adaptation of the Maslow pyramid by L. Michael seems to me, in addition to being very graphic, very educational, and very useful in raising awareness. It is easy to assimilate for anyone.

Until some time ago, the emotional needs of dogs were not considered as a priority because people hardly took into account canine emotions. Fortunately, much progress has been made in this regard.

The publication of books with titles such as

“How dogs love us” or, “Your dog thinks and loves you,” says a lot in favor of this new approach.

The Linda Michaels Pyramid is an excellent guide to accessing the happiness of our dogs.

As we are responsible for their care, we must keep it in mind and not forget any of the ranks. They are all important.